Cjalsòns? What am I saying? Which language is that? Furlan, ladies and gentlement. Cjalsòns are a type of ravioli or pierogi typical of Carnia, the mountanous area of Friuli, better, to avoid discriminations, of Friuli Venezia Giulia.

Gianni Cosetti? Who is he? He was a chef, who worked among Friuli and Rome. His major success was “Il Roma” Restaurant in Tolmezzo, where he proposed a cuisine able to win one star Michelin. That star was do to his abilities also in anticipate the local food mania. He worked hard to maintain and promote local recipes and ingredients.

I’m here not to talk of Cjalsòns and presenting you a recipe. I’m here to introduce you to one of my ideas. My aim is to present you Cjalsòns letting other bloggers to test his recipe.

I wrote to about 40 foodblogger (and not only foodbloggers). Playing with my English and Italian I contacted friend asking them if they are available to cook Cjalsòns. The positive response surprised already me a log.

I send (i will send to whom would like to be part of that adventure) a discrete file where there are:

So many recipes! As any traditional dish, Cjalsòns lives thanks to adapation. Cjalsòns were made during special days, and being a food of the poor people, those that worked in the era of No Internet No party :), every family tried to adapt it to her food availabilities.
Gianni Cosetti organized a contest among women living in Carnia con Cjalsòns. In this way, he collected among the 40 participants, 40 different recipes. 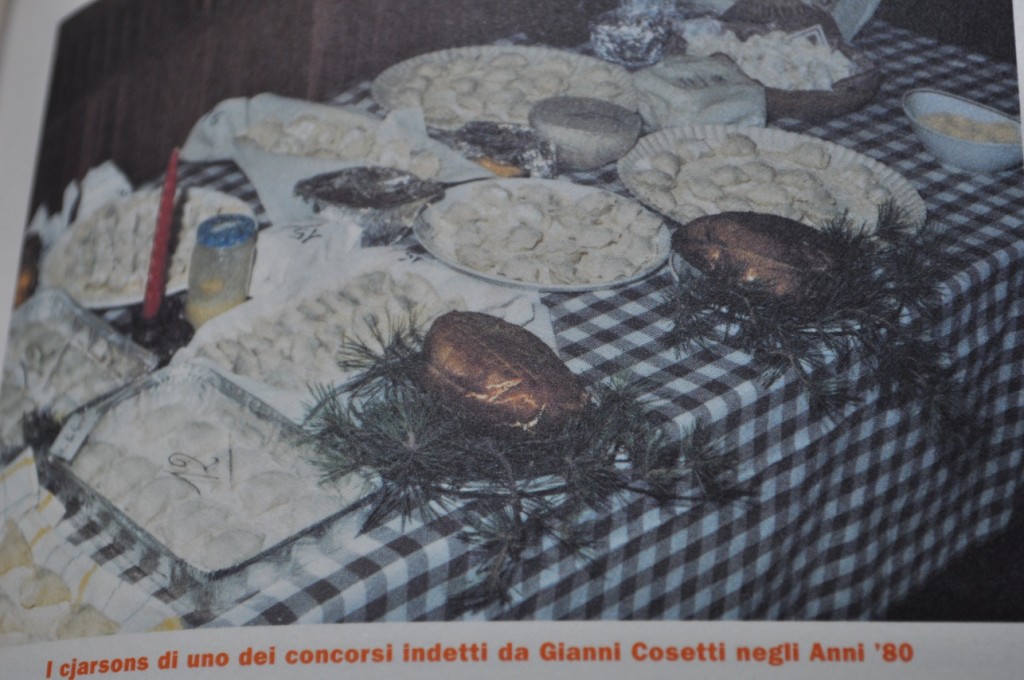 Rules and numbers of this event:

Is it still possibile to partecipate? Of course. I suspect to have forgotten some bloggers in my Cjalsòns 2010 mailing list 🙂
Don’t worry, if you want and can partecipate write me an email (rori[.]rori[at]libero[.]it ) or a comment.

…in casual order, without preferences, here a list of blogs that will eat Cjalsòns soon 🙂

A pinch of Italy

So Long and Thanks for all the Food

Life is a feast

Anna Maria – a no-blogger friends. I’ll publish about her experiment.

AlessandraB – another no-blogger friend, who gave me an idea on how to allow all to take part to Cjalsòns 2010. Write me otherwise be patient few days for an explanatory post.