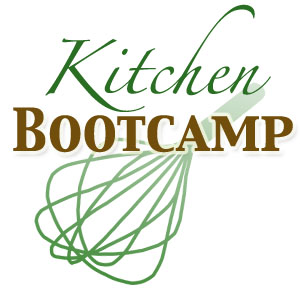 Summer, creativity, a bit of English and a blog. What to do with them?
Simple: surfing the web and try to find new blogs, foodblogs and other, and try to speak with new people and being engaged in something really relaxing as a Kitchen BootCamp Roundup dedicated to such a summery topic as a salad.

My Kitchen Addiction is a foodblog animated by the great energy of Jen. I have silently followed it for months now. I adore its fresh style: essential and powerful at the same time.

The idea of a Kitchen Bootcamp Roundup is amazing, being so similar to my approach to cook and bake: try and learn by doing. This month the topic is quite challenging despite it apparently simplicity: salad and salad dressing.

My proposal followed a special present that the “guineapig” of my blog, alias my boyfriend, received for his birthday: 2 eggplants directly from Sicily. I was fed up with the typical dressing made by just olive oil and Italian parsley. Luckely an idea come to my mind reading the last issue of Bon Appetit. 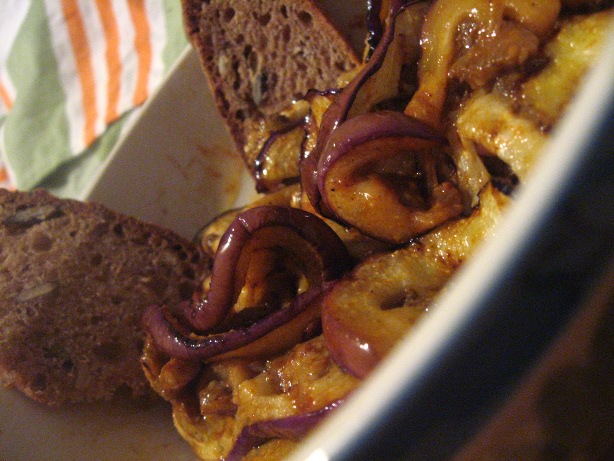 extra vergin olive oil (mine come from Pitigliano in Tuscany)

1 teaspoon of sweet paprika (the same used for Paella)

I preheat the grill pad. If you have a real grill it’s better, I image. In a 35 squared metre flat I can use just a grill pad.

Meanwhile, I cut in thin slices the eggplant. In a bowl, I mix 3 tablespoon of olive oil with all the spices (paprika, cumin,curcuma, peppers). I ground pepper on the moment.

When the grill pan is hot, I put on some salt and after the eggplant slices. I turn them then it’s visible the grill line.

When eggplant slices are cooked, I put them in the spiced oil.

I serve with some slices of homemade bread, made with farro flour. And that’s all.

Jen, I hope that you like that version of eggplant salad.